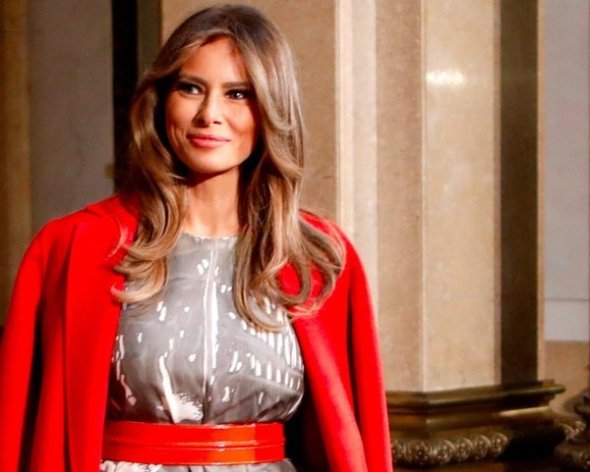 A Gallup Poll released this past Friday found that First Lady Melania Trump is viewed favorably by 54 percent of Americans. That amounts to a remarkable 17 percent improvement since January, which the pollster attributes to Mrs. Trump becoming “better known in her role as first lady.”

But I think there’s another factor Gallup has completely overlooked – the grace with which the First Lady, a committed Christ follower, has evinced in the face of unrelenting attacks from haters, many of whom are members of the so-called Fourth Estate, who think no attack too vile or too petty.

In August, Washington Post associate editor Elizabeth Breunig disinformed that the First Lady wore heels (rather than the athletic shoes she actually wore) while surveying the damage wrought by Hurricane Harvey.

“Melania’s shoes are impressive,” Bruenig sneered, “but perhaps not what I would wear to a city submerged in floodwaters.”

“With the White House Christmas,” snarled Tolentino, who has absolutely no background in interior design, “The image of Melania Trump transforms from fairy-tale prisoner to wicked queen.”

Unlike her husband, The President, the First Lady doesn’t respond to haters like Bernstein, Breunig and Tolentino. She suffers the fools gladly, as the Apostle Paul put it in 2 Corinthians, seeing that she herself is wise.

Indeed, most members of the so-called mainstream media are soulless secularists. Many profess to believe in God. But as the Apostle James admonished, “You believe there is one God. You do well. Even the demons believe – and tremble.”

The First Lady, a devout Catholic, is wiser than her attackers because she abides by the word of God: “Repay no evil for evil…do not revenge yourselves… ‘I will repay,’ says the Lord.”

So Melania Trump simply and faithfully lets her light shine among men (and women) – as Jesus himself encouraged – that they may see her good works and glorify the Father who is in heaven.

That’s why she visited a children’s hospital this month in the Nation’s Capital. It’s also why she returned this month to Houston to visit with Hurricane Harvey’s first responders. And it’s why she made a surprise visit to a suburban Detroit school in October to decry bullying.

Melania Trump’s detractors may not acknowledge her good works. But the majority of the American people are well pleased with their First Lady.

Older: Are Parents of Newborn Children Automatically Blessed? No.
Newer: The Gate of the Year