The Christmas Carol For the Christian Right 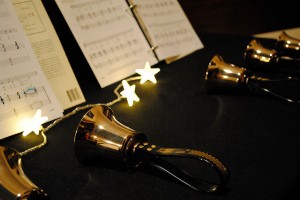 ‘THE WRONG SHALL FAIL, THE RIGHT PREVAIL, WITH PEACE ON EARTH, GOOD-WILL TO MEN.’

Exactly 150 years ago this Christmas Day, Henry Wadsworth Longfellow wrote the poem “Christmas Bells.” It would later provide the lyrics for  the familiar carol, “I Heard the Bells on Christmas Day.”

Most of those who love the song – which has been recorded by arists ranging from Frank Sinatra, Bing Crosby and Kate Smith to Elvis Presley, Johnny Cash and Ann Margaret – know little about its backstory.

Indeed, the lyrics actually were written by Longfellow during a time of despair.

The poet had learned that his first-born son, Charles, a lieutenant in the Union Army during the Civil War, was severely wounded in the Battle of New Hope Church in Paulding County, Georgia.

That heartbreaking news arrived while Longfellow was still grieving the loss of his beloved wife, Fanny, who died from burns she sustained in a fire in their Cambridge, Massachusetts home.

Longfellow’s melancholia over his family tragedies and his sorrow over the deaths of so many of America’s sons during the Civil War came across in the penultimate stanza of “Christmas Bells”:

But Longfellow does not leave it there. The poet appears to have suddenly been filled with the Holy Spirit. For in his final stanza he proclaims:

Then peeled the bells more loud and deep:/“God is not dead, nor doth He sleep;/The wrong shall fail,/The Right prevail,/With peace on earth, good-will to men.”

This has been for those of us who are Christ followers a most trying year. Our traditional, Bible-based values have been under assault on many fronts.

The atheists mock our faith this Christmas with 52 billboards in the state capital of California that tell us our God is a fairy tale. A cable channel bows to pressure from a homosexual activist group and suspends the God-fearing star of its most-popular series for daring to speak the truth. And the supposed leader of the free world says nothing as Christians are persecuted throughout the Muslim world.

But as Longfellow wrote 150 years ago today, God is not dead. Nor is He asleep. The unGodly element in this country ultimately will fail. And the Right will prevail, by God.

25 Dec This entry was published on December 25, 2013 at 12:43 PM. It’s filed under Holidays and tagged 'I HEARD THE BELLS ON CHRISTMAS DAY', ATHEISTS, CHRISTMAS, current-events, HENRY WADSWORTH LONGFELLOW, HOMOSEXUALS, MUSLIMS. Bookmark the permalink. Follow any comments here with the RSS feed for this post.

2 thoughts on “The Christmas Carol For the Christian Right”